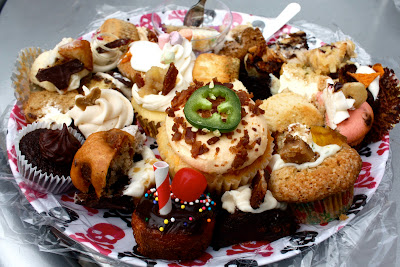 What annual event lets you sample this captivating collection of creative cupcakes? 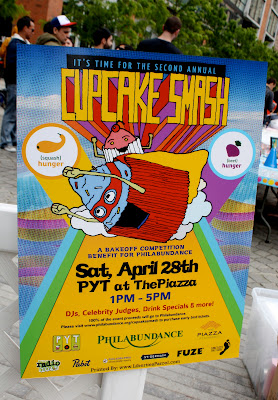 Only at the Cupcake Smash! The widely-attended cupcake contest and tasting event celebrated its second year on Saturday, April 28, drawing crowds to the Piazza at Schmidt’s in Northern Liberties. A collaboration between chief cupcake coordinator Melissa Mae Templeton, Philabundance, and Tommy Up of PYT, the competition pitted 15 amateur bakers and 15 professional bakers against each other for an elusive spot on PYT’s menu.

The charity event raised an astounding $7,600, more than doubling donations from last year. All proceeds benefited Philabundance, Delaware Valley’s largest relief organization dedicated to fighting hunger by providing meals for those in need in Philadelphia. The funds raised will provide more than 15,000 meals for those in need. As Marlo DelSordo, Philabundance’s Director of Marketing and Communications, observed, “It’s not just a middle-aged businessman writing a check. There are people of all ages and interests donating not only money, but also their time and talents.”

All cupcakes were based off of PYT’s utterly unique menu, with unusual ingredients like fried pickles, tater tots, bacon, caramelized onions, and jalapeño peppers. The competition was fierce, but who eventually came out on top as cupcake king? 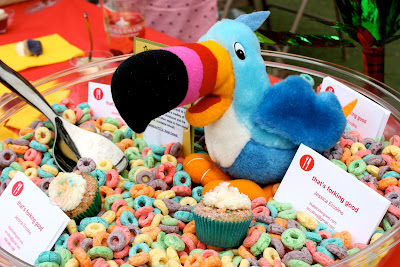 The People’s Choice award was bestowed to That’s Forking Good‘s “Fruit Loopy Cupcake.” The colorful Fruit Loop-flavored cupcake with a Loopy Vodka buttercream frosting was inspired by PYT’s “Adult Cereal” menu option (Froot Loops cereal with whole milk and Three Olives Loopy vodka). I’d certainly be content eating this for breakfast in the morning. (Read more about her experience as a contestant on her blog!) 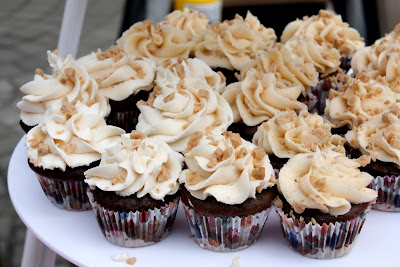 The Judge’s Choice in the Amateur division was Batter Up Baker. These talented cupcake creators designed the “Chocolate Covered Pretzel,” inspired by PYT’s “John Toffey Crunch Adult Shake” (a black-and-white shake with crushed Heath bar chocolate-toffee candy, kahlua, Three Olives chocolate vodka and crushed pretzels). Batter Up Baker’s version similarly had a chocolate cupcake with cream cheese filling and a pretzel crust, topped with caramel icing and smashed toffee candy. This was one of my favorite cupcakes at the competition and I’m so happy that they won! 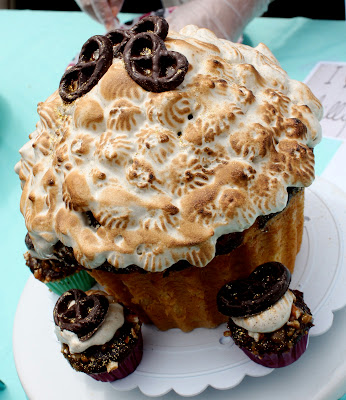 The “Pretzel.Toffee.Crunch.Buzz” cupcake will be featured on PYT’s menu for the month of May, so be sure to stop by and indulge in dessert after feasting on one of PYT’s funky burgers!

Read on for a further recap of the event, accompanied with plenty of tantalizing pictures. 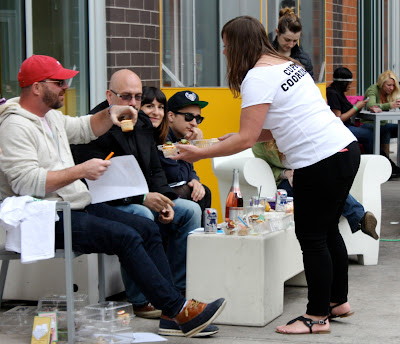 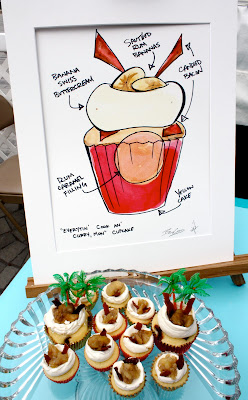 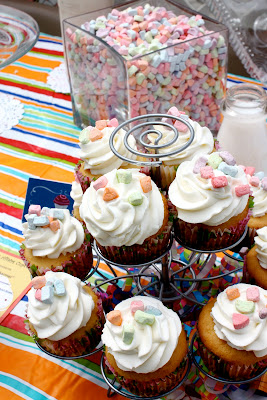 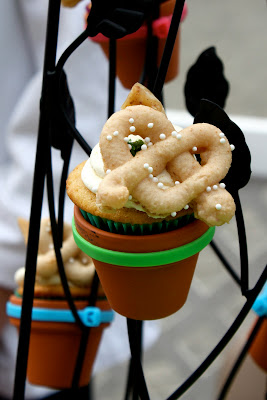 What do you call a nosy pepper? Jalapeño Business! Zynnie Bakes’ creation took PYT’s Jalapeno Popper Burger and combined the flavors of jalapeno and pineapple for a sweet-spicy flavor blast. 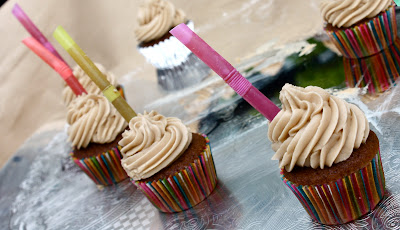 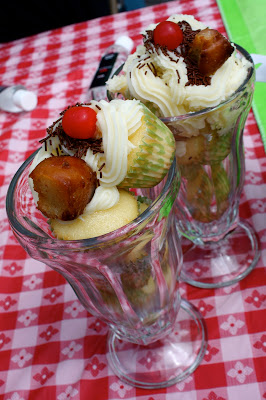 There’s nothing like a cupcake to finish off a meal… but cupcakes and donuts? Now you’re just spoiling me! The “Cupcake Sundae” (inspired by PYT’s “Krispy Kreme Sundae”) took a vanilla cupcake and adorned it with vanilla “ice cream” buttercream, chocolate covered bacon, Krispy Kreme doughnuts, and shaved chocolate. 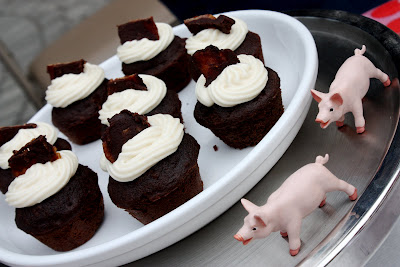 No competition is complete without bacon coming into the mix! These savory-sweet cupcakes delivered a punch with bacon toffee nestled in the frosting. 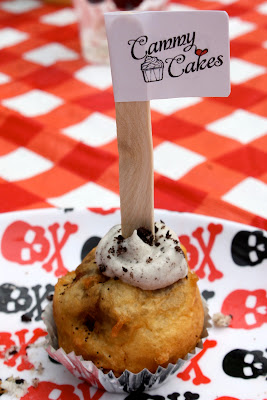 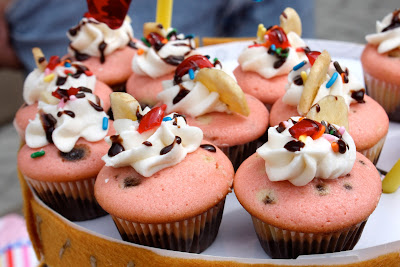 These Neapolitan-hued cupcakes by Team dee*Lish were based off the classic Banana Split and accordingly coined their name as “This Split is Bananas!” With a touch of banana liqueur blended into the trifecta of cake flavors, the cupcakes were topped with a whipped cream vodka flavored buttercream frosting, playful rainbow sprinkles, and a bright red cherry on top.
All in all, this year’s Cupcake Smash was a smashing success. Kudos to all those who made this event happen! I’m already looking forward to this incredible event next year!