The Festival of Trees with 10 Arts 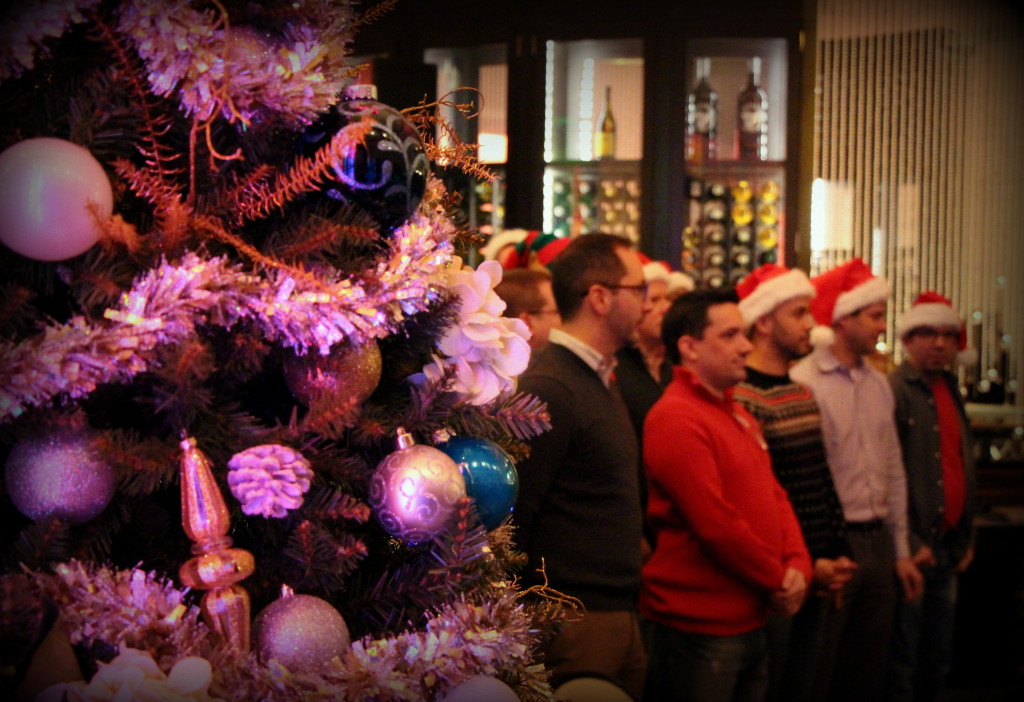 The Festival of Trees reception lit up 10 Arts in The Ritz-Carlton on Tuesday, December 3, 2013. The sponsors and designers involved created a collection of 12 truly unique trees showcasing the amazing diversity of the arts in Philadelphia. Chef Nathan Volz and his team prepared a delectable selection of complimentary hors d’oeuvres and cocktails.

Fresh seasonal compote and honey to complement the cheeses made for a sweet experience at the hors d’oeuvres table.

The first round of appetizers (a delicate, flaky puff pastry) quickly disappeared– only one plate was left when we arrived!

The “Special Eggnog” was a hit– it was Latin-spiced and reminiscent of sweet horchata.

The crispy mozzarella balls were decorated with Christmas in mind; the coating gave the fritters an almost potatoey texture.

Phyllo cups were filled with a savory baked cheese and topped with colorful garnishes.

Hanukkah wasn’t forgotten (although there was a severe lack of latkes at the event)!

The Philadelphia Gay Men’s Chorus closed out the evening with a collection of cheery holiday carols.

The trees will remain on public display through Sunday, December 29, with a portion of sales from every hot chocolate sold this month to be donated to the region’s largest food bank Philabundance.