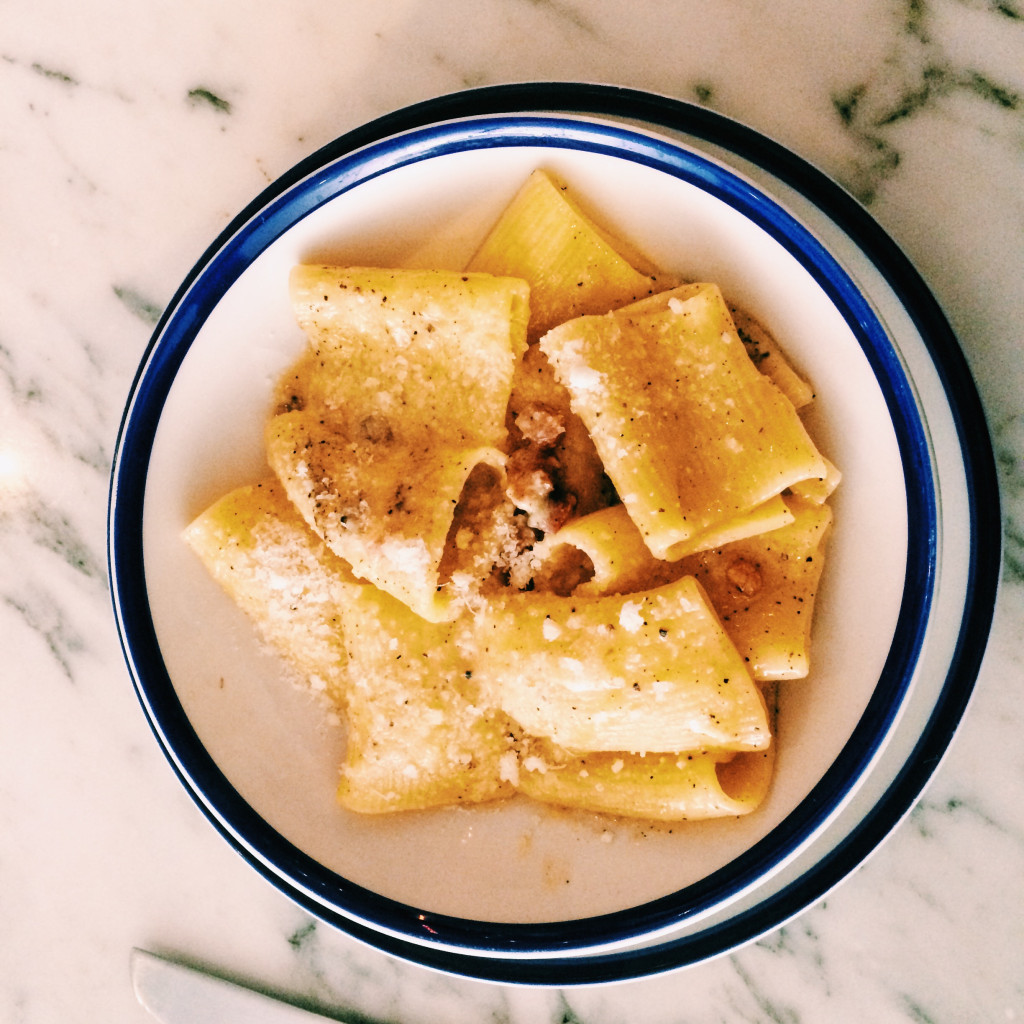 Capogiro has been beloved by both Center City and University City residents – but what if Capo had an older, even more chic Old City sister with a different surname? Meet Capofitto.

Still conceived by Stephanie and John Reitano, Capofitto features Capogiro’s famous gelato alongside a stunning pizzeria. A member of the Neopolitan “Pizza Evolution,” Capofitto’s pizzas are defined by the quality of their light, airy, crisp crust. Owner Stephanie Reitano spent time in Naples as an apprentice to the legendary pizzaiolo Ciro Salvo, who is prominently featured on Reitano’s own menu via the ‘Ciro’ pizza, decked with gorgonzola, mozzarella, red onions, and lardo (cured pork fat) that forms a decadent sheen over the masterpiece.

I sat at the bar and started with a reliably delicious La Colombe cappuccino. While Capofitto is known for its pizzas, I was intrigued by its pasta carbonara – a brunch staple featuring egg, bacon, pecorino Romano, and cracked pepper over the top. It didn’t disappoint; the pasta was perfectly al dente, and its egg-y covering was silky and satisfying.

Overall, Capofitto fulfills a different niche than sister Capogiro. Both have their merits, but I wouldn’t mind a quick subway ride to Old City for a Ciro and some carbonara to compliment my gelato.