Spread vs Schmear It: The Battle of the Bagelries 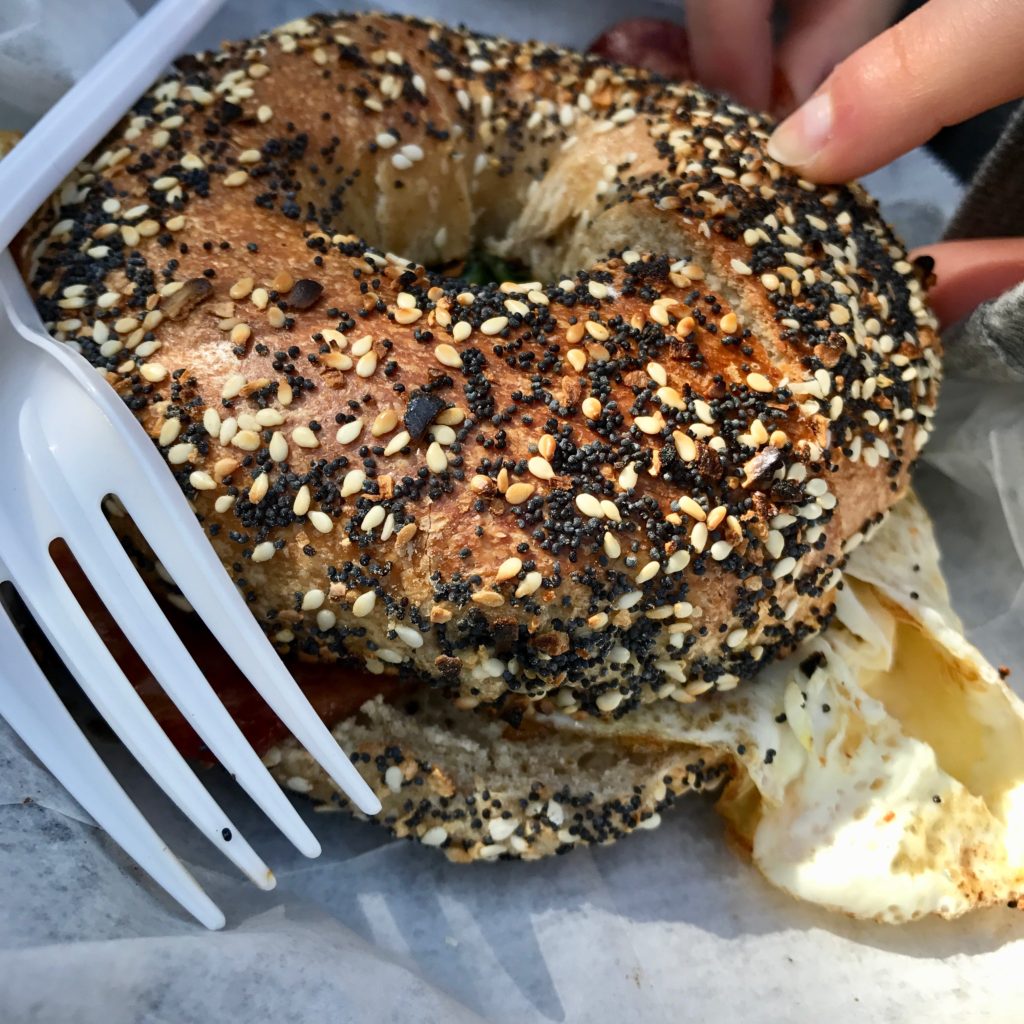 As a student from New York City, I’m used to having the best bagels at my fingertips. No matter where I went, there was no question that it would be just as good as the next. Coming to Philadelphia, I embarked on my quest for a bagel comparable to those from New York. I needed to make sure I could find a taste of home, even though it is just a quick train ride away. Luckily, this quest was simplified because of the two bagel places adjacent to campus.

Here, I’m going to break down the differences I have found between Spread and Schmear It and tell you which has become my go-to and why.

I’ll begin with Spread Bagelry, since that was the first one I tried. Apparently known for their “Montreal Style Wood Oven Bagels,” Spread has an extensive menu. They have the classic bacon, egg and cheese options, but also some interesting alternatives. Included on their menu is lox if you, are going for a Sunday Brunch vibe. Additionally, they offer different spreads ranging from cream cheese, to fresh farm butter and amish jam. Another unique order comes from their pizza bagel section. This is essentially an open faced sandwich on a bagel. I enjoyed the food I got at Spread, but one complaint is they are very slow.

Schmear It is another bagelry that is two blocks east of Spread. At Schmear It, you can choose between their signature schmears and egg options, or, design your own. Their menu is a little bit more unique, giving you the choice between a sweet or savory schmear. A good option is to split with a friend, so you can have a little bit of both. It is much quicker than Spread, which I definitely take into account when choosing where to go. This is also a good choice if you’re going with a friend who doesn’t want a bagel, since there are some creative yogurt and oatmeal options. I love the DIY style of this place, since you can get exactly what you’re in the mood for during each visit.

Now time for the big reveal. Schmear It has become my bagelry of choice when craving a bagel. Although not as fluffy as a NYC bagel, it definitely does its job.