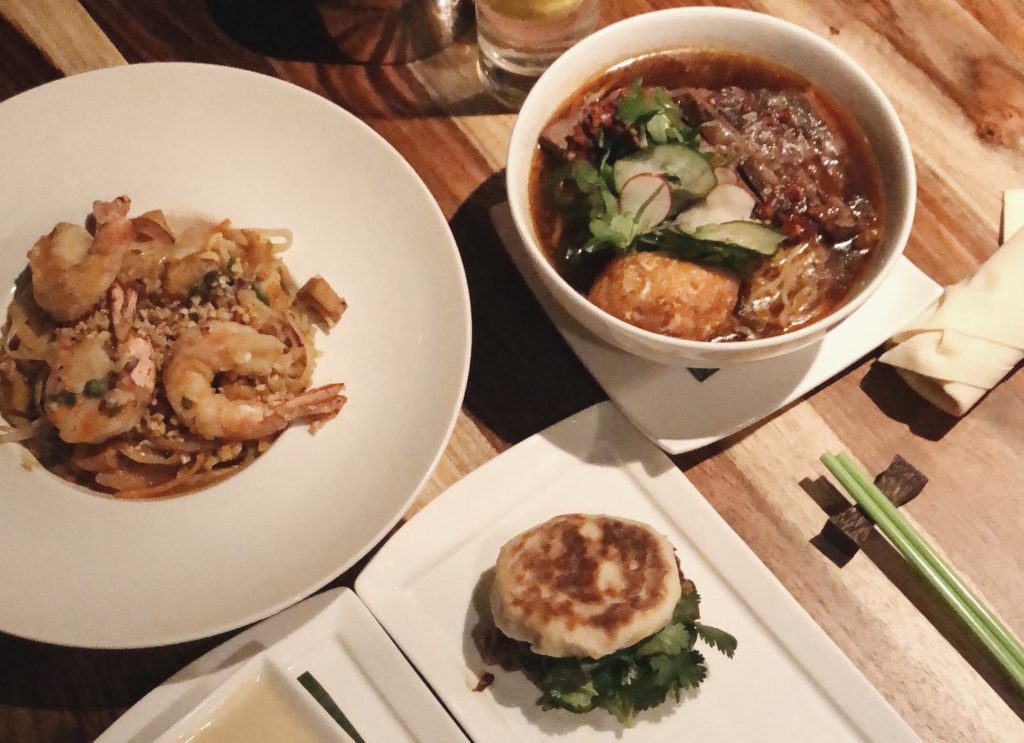 Opened late 2017, Danlu provides Chinese and Taiwanese offerings catered to a modern, affluent dining crowd. Emphasis on decor, environment, and plating are emphasized in a way that almost feels “New American”. The menu is one page. Drinks list is two. Prices are moderate – more expensive than Chinatown, cheaper than Rittenhouse.

Dishes range from traditional to flashy, with varying levels of success. The ingredient quality – especially regarding protein – is more constant: strong, and generally quite fresh. Generally, the tried-and-tested traditional offerings tend to capture the quality of the ingredients more effectively.

Baos and “sandwiches”, for example, of all forms – duck, pork, chicken – are likely Danlu’s comparative advantage among the selection of an emerging “Chinatown West”. He Fen with duck, net positive, as the he fen itself doesn’t carry its full load of flavor, but the duck shines. Soupy dishes are less successful – admittedly high-grade, well prepared, tenderloin might be found drowned of flavor in ramen. More experimental dishes prove Danlu’s strong push for differentiation: Bringing together raw salmon, rice crisp, and roe are textbook examples of playing with texture. A favorite dish: Taiwanese sausage over brussels sprouts. Lay sausage with a distinctly Chinese soul over some perfectly-crisped brussels sprouts and out comes a home-run.

Don’t get the Pad Thai, not because it’s bad (it’s good), but because you should try something else. With Taiwanese sausage as a case-in-point, Danlu offers worth-trying dishes you might have difficulty finding elsewhere, at least away from Chinatown.