The History of Yogurt

Dive into the story of the ‘food of the gods 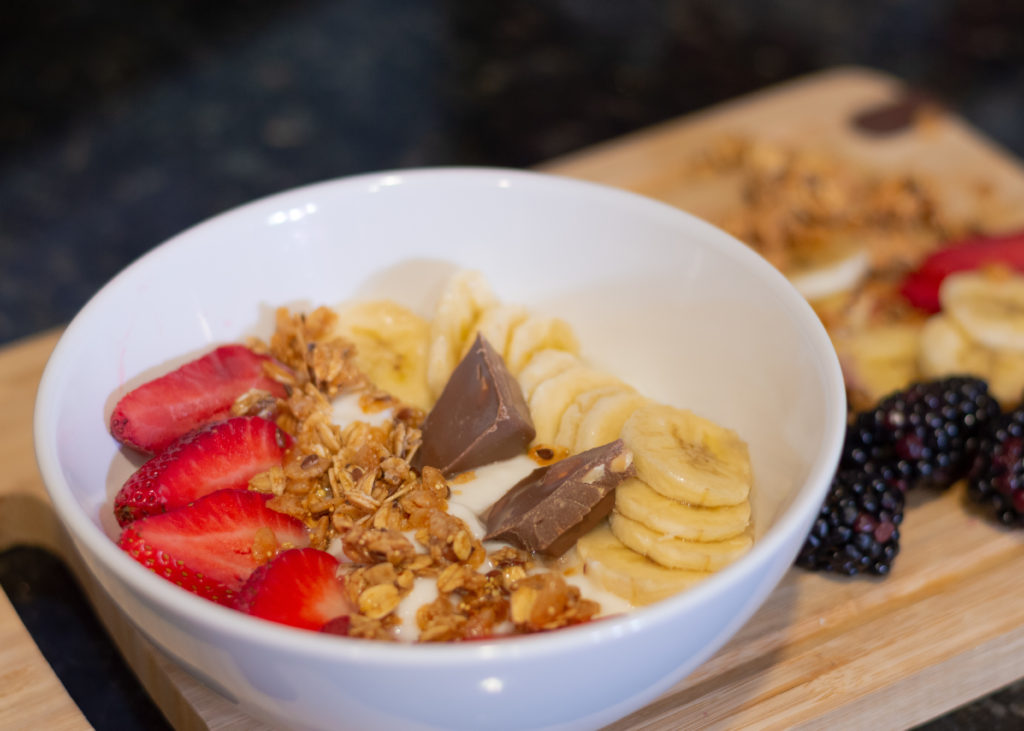 “Yoğurmak”—Turkish for “thicken, coagulate, curdle.” This is the origin of the word “yogurt,” a food (or drink?) that we’ve probably all enjoyed at some point, paired with fruit and granola, as part of the sauce in a savory dish, or even out of a little plastic tube as a snack in elementary school. Today, yogurt is fermented milk that has been acidified with bacteria, more specifically lactobacillus bulgaricus and Streptococcus thermophiles, and is consumed by a variety of people in many forms.

The health benefits of yogurt are apparent today, but for thousands of years, yogurt has been seen as a sort of super food, with not only physical benefits but also religious and spiritual power. The ancient Indians saw yogurt and honey as the “food of the gods,” and Genghis Khan, founder of the Mongol Empire, fed his army yogurt for bravery. In the Bible, it is said that Abraham’s longevity and health was due to his consumption of yogurt and the promised land of Canaan was also designated the “land of milk and honey.”

Yogurt has been consumed for millenia, perhaps as far back as 6000-5000 BCE in Mesopotamia. The health benefits of yogurt first appeared in ancient Indian ayurvedic scripts dating back to 6000 BCE and there are even accounts of yogurt consumption in ancient Egypt written in hieroglyphs. Production of dairy, which is dense in nutrients, became possible with the domestication of large mammals like cows and horses between 10000 and 5000 BCE. But who would have thought that yogurt was probably invented accidentally? It’s likely that the first yogurt was created in the Middle East where milk was carried in bags made of animal intestines. In the warm climate, the intestinal juices from the bags mixed with the curdled milk, effectively preserving it and transforming it into yogurt.

Maybe this doesn’t sound so appetizing, but even in ancient times, the health benefits of yogurt were recognized, even if their exact origins were not. Back in 1542, the French king François I suffered from severe diarrhea that perplexed doctors until His majesty consumed yogurt at the suggestion of a doctor sent by Suleiman the Great, the Sultan of the Ottoman Empire. Yogurt continued to be consumed all over Europe and Asia for its health benefits (and taste, of course), but it wasn’t until early 1900 that a Bulgarian student named Stamen Grigorov discovered and observed the lactic acid-producing bacterium B. Bulgaricus in Bulgarian yogurt. Later scholars hypothesized that it was this yogurt that allowed Bulgarian peasants to live longer than other Europeans, leading scientists to encourage yogurt-consumption throughout the continent.

Not long after, yogurt was commercialized in Europe by Isaac Carasso, who started the company that eventually became today’s Dannon. Of course today, we see not only Dannon in grocery store refrigerators, but dozens of other brands each with their own individual selections of flavors and variations in fat levels. Today, many consumers will automatically reach for Greek yogurt, which constitutes the largest share of the yogurt market, over other kinds of plain yogurt, Australian-style yogurt (think Noosa), or Icelandic skyr (e.g. the increasingly popular brand Siggi’s).

Another trend in yogurt consumption today is the tendency of consumers to opt for non-fat or low-fat options for their perceived health benefits over their full-fat counterparts. Curiously, though, researchers have found that full-fat dairy products might actually offer more health benefits, potentially preventing strokes, lowering the danger of obesity, and decreasing the risk of diabetes. Just some food for thought, next time you’re picking out some yogurt in the dairy aisle (not to mention, full-fat yogurt usually tastes better anyway).

Today, variations of yogurt are known by more than a handful of names, including dahi in India, katyk in Armenia, leben raib in Saudi Arabia, skyr in Iceland, sua cha in Vietnam, and many, many more. Yogurts are also often used in cooking to make sauces and dips such as tzatzikis and curries. These are more traditional forms of consumption, but chefs such as Gaggan Anand are giving yogurt a modern makeover with his “Yogurt Explosion,” a sphere of yogurt that is created with the help of some molecular creativity and an alginate bath.

Yogurt is a not only a nutritious food, but a timeless and global one, that has been invented, modified, and devoured by countless cultures. It continues to be popular as it evolves with our changing tastes. Next time, perhaps, step outside of your comfort zone in the grocery aisle and try a new flavor or type of yogurt. Who knows, you may be surprised by what you taste!