Polish Weddings: Not Recommended for Vegans 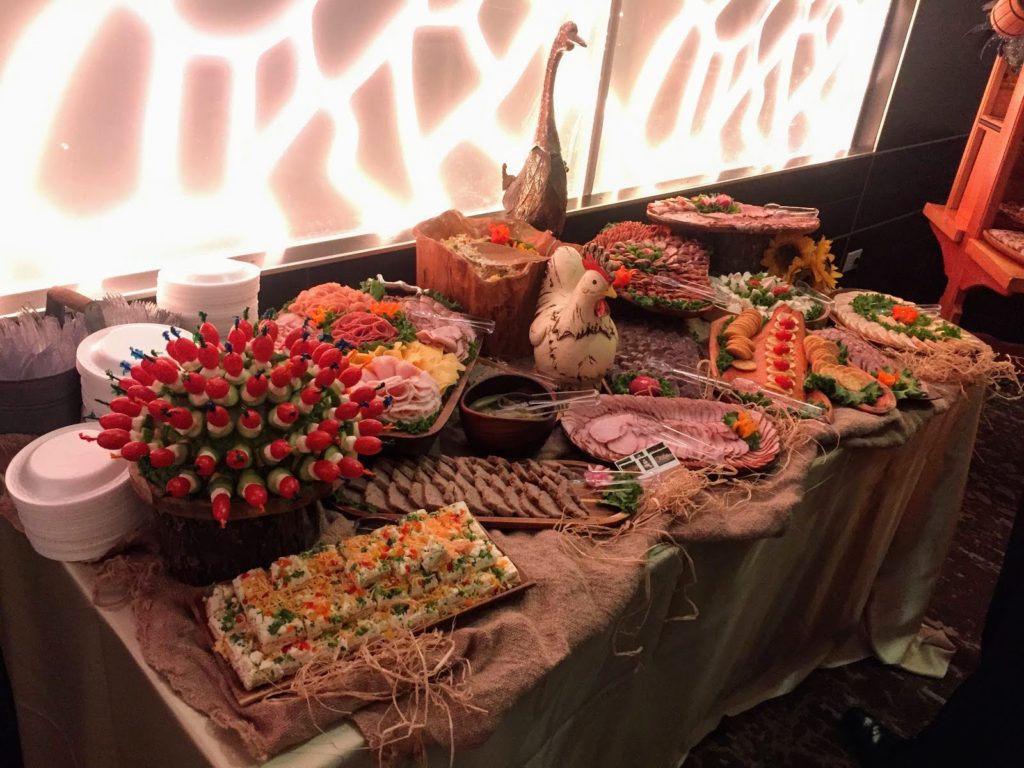 Every Polish event (from birthday to Christmas) starts with the appetizers. They are always the same versions of:

In an attempt to cater to the non-Poles, some “American” options were offered: aka sushi (I’m also shaking my head and I’m Polish too).

*Before the dinner could begin, the happy couple took the traditional shot of vodka (straight without chasers of course) as the guests toasted with champagne*

In traditional Polish dinner always begins with a soup. The choice of the night was zupa grzybowa (mushroom soup).

Interestingly enough, the second course was a fresh garden salad with strawberries. I say interestingly because Polish people don’t normally eat salads (if it was not evident enough by the array of meats as appetizers). Many of them remained untouched.

It wouldn’t be a Polish meal without at least two different types of meat. The first was a classic steak cooked to a nice medium-rare, and the second was a chicken breast stuffed with mushrooms and cheese with a cream sauce. There was also the side of potato topped with mashed potato, and, in the name of health, a broccoli floret.

The Dessert: A Mix?

There was an extensive dessert table with more traditional “American” desserts such as cakepops and fruit tarts, but the wedding cake its was Mazurek-inspired. Traditional mazurek is sponge cake with layers of nut mass, icing or jams.

I left that night feeling very thankful for having worn a skater dress and ready for the next wedding. I loved being able to get away from the never ending classes, assignments and midterms and be able to indulge in some of my favorite Polish traditions: dancing and of course, eating. Congrats to the happy couple: Angella and Rob!