Holy Sheet: Great Jones Has Me Confident in the Kitchen! Grace Leahy
Why is No One Talking About Tahini? Janet Lee
The Starbucks Drink to Cure Your Winter Cold Julia Lammers

A Guide to the Portuguese Tart 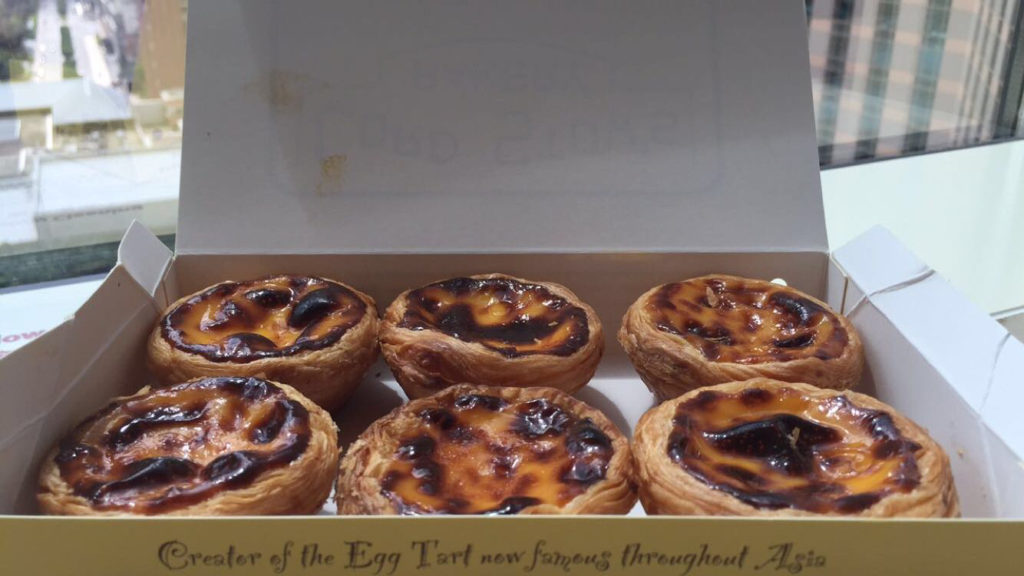 Chances are—especially if you’ve ever been to a dim sum place—you’ve seen an egg tart, its flaky crust and creamy yellow filling in the middle. In Cantonese, we call it Dan tat, dan meaning “egg” and tat meaning “tart”. But it’s less likely that you’ve met its alternative, po tat, or as the Portuguese might know it—pastéis de nata, the Portuguese Egg Tart.

The Portuguese Egg Tart was said to be created in the 13th century by Portuguese monks who were based in France. They needed a way to use their extra egg yolks. Later on, during their period of exploration and conquest, the Portuguese landed in the Chinese city of Macau and colonized the region from 1557 to 1999. As a result of their massive influence on Macau, the Portuguese influenced the creation of unique Macanese* egg tart, what Cantonese people now know as po tat.

Specifically, Andrew Stow, a British baker and former pharmacist,  opened his own bakery in 1989 to address the homesickness felt by the Portuguese in Macau. Mixing different European styles to create the crust, custard and topping, he produced his unique recipe for the pastéis de nata. With Portuguese-style crust, English-style custard, and a searing on top that rivals those on crème brûlées (see picture above), these Macanese egg tarts became a hit with the Portuguese and Chinese alike. To this day, the Lord Stow’s Bakery continues to sell out its tarts despite producing over 13,000 a day. The store has and will continue to draw people from all around the world to try their famous version of the pastéis de nata.

For readers out there who might be curious about the difference between a po tat and a dan tat, the dan tat is known more as a breakfast pastry, while po tat is more of a dessert. Dan tat is known for having a thinner crust, less sugar, and less milk, pairing the dish well with a cup of tea in the mornings. Po tat, however, has more milk and sugar and has a pudding-like consistency. The crust also tends to be thicker, so the whole pastry is more dense  than the dan tat.

Personally, I prefer the po tat because it’s creamier, sweeter, and has a better texture. However, I like the crust on the dan tat more, because a thinner crust makes it feel lighter inside your body. A dense crust, however, will fill you up quickly because it makes the small dish feel heavy in your body. Another benefit of the dan tat is that it’s a lot easier to find than the po tat.

One of the few places in Philly that has some kind of Portuguese tart is a bakery in Chinatown called Mong Kok Station. They sell both egg tarts and Portuguese tarts at cheap prices for those wanting to compare and contrast the two (Egg Tarts: $0.80; Portuguese Tarts: $1.10). If you’re just craving egg tarts, they’re a lot easier to find. Most Chinese bakeries and dim sum places will have them! So go out, explore, and have fun discovering a brand new world of flavors you never knew before!

*For context, Macanese refers to the mixing of Portuguese and Macau Chinese culture.

Holy Sheet: Great Jones Has Me Confident in the Kitchen! Grace Leahy
Why is No One Talking About Tahini? Janet Lee
The Starbucks Drink to Cure Your Winter Cold Julia Lammers