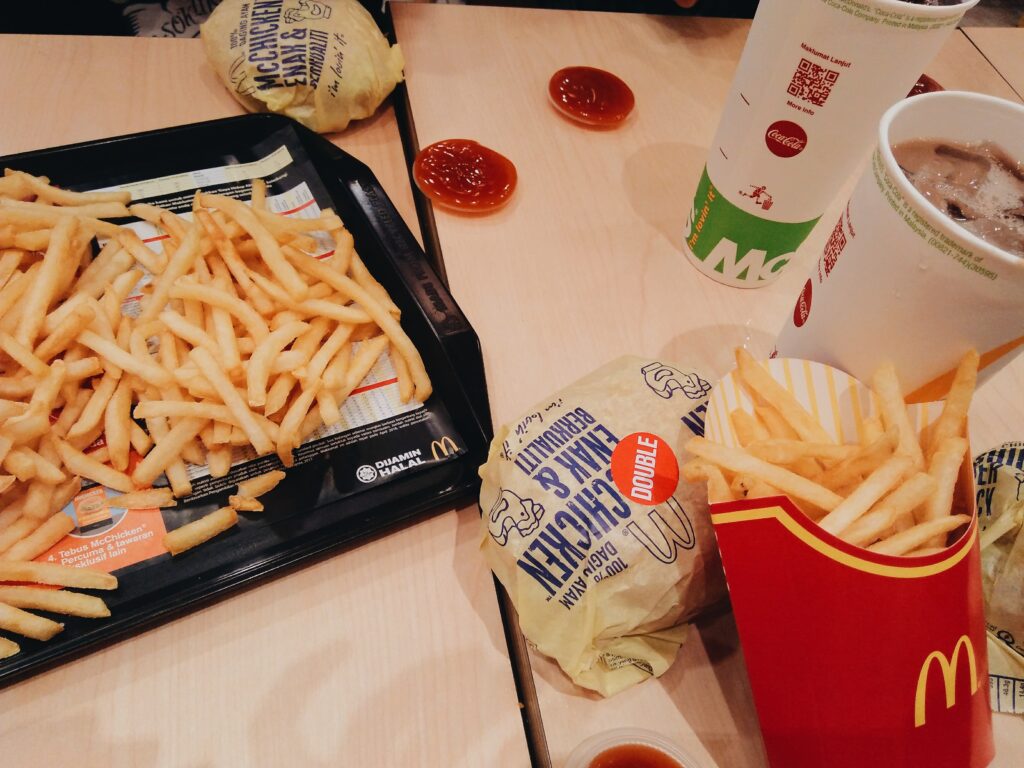 Five Guys is known for the sheer amount of fries they dump in your bag. Not only do you get a cup full of fries, but they also stuff extra fries into your bag. Despite this, what they have in quantity doesn’t match up in quality. While the Cajun-seasoned fries were full of flavor, the potato itself was greasy and soft. Despite their golden exterior, Five Guys’ fries lacked the bite you expect from good french fries, and were soaked in grease.

Wendy’s fries are polarizing—people love them or hate them. And as much as I’ve tried to love them, I, unfortunately, fall into the latter category because Wendy’s fries are just not that flavorful. They often lack the salt needed to make a superior french fry. But despite this, I find Wendy’s fries to have a great crunch and texture that sets the tone for other fast food fries.

Burger King’s fries are average, run-of-the-mill french fries. They have just enough salt and have a satisfying bite to them, and they don’t pretend to be anything but a fast food french fry. They’re unassuming, accessible, and perfect for fast food cravings, but they don’t have an it-factor that sets them apart from the rest.

I may be a bit biased, but I think that crinkle-cut fries are one of the best ways to have fries. With its increased surface area, crinkled fries allow for maximum texture and crunch, and Shake Shack does just that. These fries are well-seasoned, not too greasy, and audibly crunch when you bite into them. The main drawback is the price—while these fries are great, you can get better ones for much cheaper.

Eat This, Not That